GOA THROUGH THE EYES OF SHYAM BENEGAL 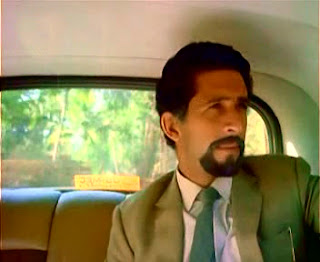 This article is written on the eve of the release of Dum Maaro Dum, a movie mired in controversy for the alleged callous misrepresentation of Goa and its people. To be very honest, I always found the portrayal of Goa and Goans (especially Catholics) in Bollywood movies very stereotypical and one-dimensional. I had no hope or faith that in future movies, Bollywood would bring a fuller and unbiased characterization of a Goan – and especially the Catholic Goan – until, on the recommendation of a friend, I watched Shyam Benegal’s Trikal (1985). 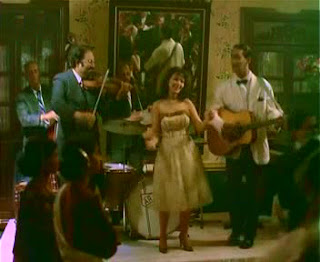 The story centers around the elite Souza-Soares bhattkar family. The matriarch, Dona Maria has a daughter Sylvia and an illegitimate daughter of her husband Senhor Ernesto named Milagrina, whom she adopts and who works as a domestic help. Sylvia has two daughters of marriageable age – Anna and Aurora and two small sons. The movie opens with the narrator, Ruiz Pereira returning to Goa after 24 years. The whole story is told in flashback.
The opening scene of the flashback is of the death of Senhor Ernesto who lies on his bed, mourned by his family and friends while his wife, Dona Maria listens to Portuguese Fados sitting in an armchair. In the graveyard, after the coffin is lowered, a strong gust of wind blows kicking up a storm of dust. A symbolic foreboding of Goa on the brink of a fierce tempest in the days to come? The whole movie is very much Goan. The many Goans associated with the movie (Mario Cabral e Sa and Remo Fernandes to name a few) together with Shyam Benegal (a native Konknni speaker himself) as the director has resulted in the production of a truly meaningful and thought-provoking film. Shyam Benegal has taken pains to incorporate the minutest details of Goan village life. The camera gently and poetically captures the graceful scenes and characters. I particularly liked the diction of the Konknni and Portuguese words and names (Saiba bhogos/ Kaklut kor Dhonia).
Trikal is a movie of two worlds – or rather two social milieus. On one hand we have the chandelier-lit ballrooms of the elites and on the other, the dim and sooty kitchens of the servants. The immaculately tailored suits and frocks and the kaxttis (loincloth) and puddvims (dhoti). The depiction of the Latin rite during a church service and the serenading too finds a good space in the movie. Trikal tries to bring the realities of the elites as well as the poor to the fore on the eve of Goa’s Liberation and at the same time raises some interesting (not always overtly) questions. 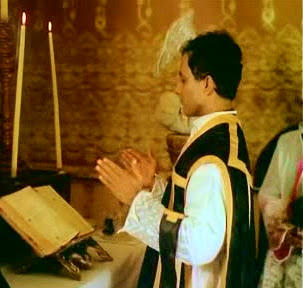 During the dinner after Senhor Ernesto’s funeral, Dr. Simon Pereira makes a speech about the imminent invasion of Goa by the Indian army and raises a toast to his dear departed friend, not with imported scotch but with the local feni! He passionately makes a claim that Goa has a better future ahead under the new rulers. The dinner table is also divided by some who would like the Portuguese to continue ruling and some asking for an ‘independent nation’ status. Elsewhere in the kitchen, the servants are indifferent as they are skeptical that a change of rulers will bring about any significant change in their economic condition. In doing so, Benegal might have stumbled upon a historical fact that those directly affected by Liberation were mostly the elites of Goa. Perhaps.
Due to Senhor Ernesto’s death, the engagement ceremony of Anna to Erasmo (who flies specially from Lisbon or Lisboa as in the movie) is put on hold. The hyperventilating, tantrum-throwing and forever weeping Sylvia requests Dona Maria to skip the customary mourning. Dona Maria on her part wants the permission of her dead husband and hence, using Milagrina as a medium, invokes the ghost of Senhor Ernesto. But rather than the ghost of her husband, the spectres of people wronged by her family resurrect. It is interesting to note that the ghosts of the Ranes (Vijaysingh and Kuxttoba) are the only ones depicted in the movie. The Ranes, we are told, fought tooth and nail against the Portuguese. The landed bhattkars surely must have wronged not only the politically active but also the politically subdued.
Ruiz (the narrator and nephew of Dr. Simon) is madly in love with Anna, but his love is unrequited. At the behest of his nephew, Dr. Simon proposes their marriage to Dona Maria only to be given the cold shoulder. Anna, however, is deeply in love with Leon, a nationalist who escapes prison in Lisbon and who is hiding in the basement of the Souza-Soares residence. Erasmo realizes that Anna is pregnant, but not by him. The engagement is broken. Dr. Simon again offers marriage of Ruiz to Anna. Dona Maria in a final no says that their caste is not the same. Caste affiliations do run deep (even now). 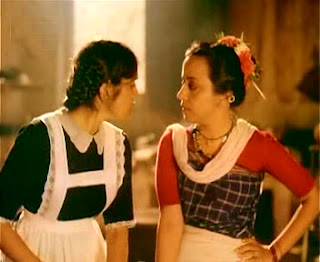 Finally, on 19th December, 1961 along with the Liberation of Goa, Anna too liberates herself by eloping to Lisbon with her lover and the father of her unborn child, Leon (strange, says the narrator, for a nationalist to return to Lisbon after the Liberation of Goa). Ruiz leaves for Bombay for further studies and Aurora joins a nunnery. One-by-one, everyone except Dona Maria and Milagrina, leave the palatial Souza-Soares residence. Dona Maria is at peace as she no longer invokes the spirit of her dead husband. She spends her time rocking in her armchair.
Initially, I did state that Bollywood has been one-dimensional in its representation of the Goan Catholics. Trikal, however, looks through different eyes giving the perspective of a largely – though elite – Catholic family. Perhaps it was meant to be so. What was the Hindu’s (elite or otherwise) and Muslim’s reaction to the Indian Army’s conquest of Portuguese India? Time for Trikal II from Shyam Benegal?
(A version of this article appeared on Gomantak Times, dt: April 23, 2011)
Posted by Dale Luis Menezes at 12:56 AM