The Supreme Court of India recently delivered a judgment on the decision taken by the government of the Karnataka to make Kannada and the ‘mother tongue’ compulsory languages of Instruction. In finding this measure unconstitutional, the Supreme Court has potentially offered a limited blessing for many parents in Goa who aspire to have their wards educated in English at the primary school level. As is well known, the Medium of Instruction (MoI) controversy has been raging in Goa for some time now. After a brief lull in 1989, the controversy reemerged and, since 2011, many crucial issues have been raised in its wake, and not just ones confined to education and pedagogy alone. Indeed, the issue of the Romi script, its place in the linguistic sphere of Goa, and the need to offer the instruction of Konkani in the Romi script were crucial issues that got sidetracked during the MoI controversy. The rights of parents and children in making their own choices regarding education, as well as the hegemonic hold of the Nagri script and the Antruzi dialect in the MoI sphere were also issues that had surfaced in the course of the controversy. 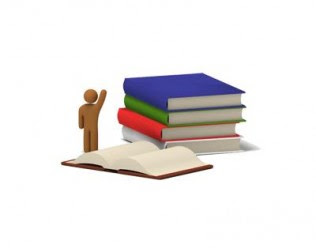 Though the Supreme Court ruling pertains to Karnataka, it has, as mentioned, some relevance to the issues raised by aggrieved parents in Goa. To briefly sum up, the Supreme Court has ordered that “mother tongue” cannot be imposed by the government, and that parents or guardians have a right to choose the MoI that they feel would best represent the interest of their children. This is a very important stand. The problem, however, is that the Supreme Court has in no way compelled the state to grant financial support to the MoI of the choice of the parents/guardians. This is a critical issue in Goa, where parents were theoretically ‘free’ to opt for English as a MoI for their child, but would still have to cough up the higher fees of unaided schools for this purpose. This effectively meant that those who can afford expensive school fees – so, mostly rich and dominant caste communities – could send their wards to government-recognized English medium schools while those who cannot afford such institutions would, perforce, be denied the right to decide the MoI for their wards and have to accept the so-called ‘mother tongue’. Why should the non-elites and people who cannot afford the high fees of private English medium schools bear the burden and onus of propagating this ‘mother tongue’?  The contention of agitated parents at the start of the MoI controversy in Goa was that the government should continue to provide grants to primary schools that would like to make a switch to English from Konkani or Marathi as MoI. A small victory was won by the parents demanding English as MoI when the current Manohar Parrikar-led government recognized that minority institutions (such as the 120-plus Diocesan schools) should continue to receive governmental aid, even if they switch to English as MoI. The issue is, nonetheless, yet to be laid to rest.

As we pointed out earlier, the limitation of the Supreme Court judgment is something that goes against the spirit of its own letter. We would like to suggest that it is this very scope of the spirit of the judgment that needs to be understood and explored in the future. But first, in order to better understand the judgment, it is necessary to dwell on the five points or questions on which the Supreme Court has deliberated.

The first question deals with the definition of the term “mother tongue”. Interpreting Article 350A of the Constitution, the Supreme Court argued that since it is the duty of every state to provide education in the “mother tongue” of every child belonging to linguistic minority groups at the primary level, the meaning of “‘mother tongue’” in Article 350A should be taken to include the language spoken by each linguistic minority in a given state. The Court further argued that “[m]other tongue in the context of the Constitution would, therefore, mean the language of the linguistic minority in a State and it is the parent or the guardian of the child who will decide what the mother tongue of [a] child is”. This relates directly to the Goan context wherein the demand for English as MoI came from many of the Catholic community which constitutes a minority in Goa, (although a sizeable segment of non-Catholics also did throw in their support for English as MoI), and can be viewed as an exercise of the constitutionally guaranteed rights of parents even if they belong to a minority, to choose the MoI for their children.

This links up to the second question, in which it was asked whether a student or parent or a citizen has the right to “choose” a MoI at the primary level. In response, the Supreme Court said, “…a child, and on his behalf his parents or guardian, has the right to choose the medium of instruction at the primary school stage…” This particularly goes to delegitimize many of the claims that were made by the Bharati Bhasha Surakhsha Manch (BBSM) in Goa, a group formed to oppose English as MoI, that parents had no right, indeed that they were not informed and capable enough, to make a decision as to what would benefit their children. A further confirmation of the constitutionally guaranteed choice of students and parents is available when the Supreme Court asserts that the “…imposition of mother tongue affects fundamental rights under Articles 19, 29 and 30 of the Constitution” (emphasis added). This is, in fact, the third question that the Supreme Court answered, which dealt in ascertaining whether or not the imposition of “mother tongue” affected any fundamental rights guaranteed by the Constitution.

In the Goan context, the issue of which school is eligible for grants-in-aid is a crucial one. As mentioned earlier, the Supreme Court has refused to ask the governments to financially support the MoI of a student’s choice, even if the child belongs to a linguistic minority. As the judgment says, “If…the State determines by law that in schools where free education is provided under Article 21A of the Constitution, the medium of instruction would be in the mother tongue or in any language, the child cannot claim as of right under Article 21 or Article 21A of the Constitution that he has a right to choose the medium of instruction in which the education should be imparted to him by the State”. One could argue that the spirit (and even letter) of the judgment runs contrary to this statement, for, if the state is constitutionally bound to protect the linguistic minority, the linguistic minority, in turn, can also demand financial support from the state. Certainly, the state’s failure to provide a minority the means to realize a right would be tantamount to denying the right. The Supreme Court judgment, while answering the fourth question, maintained that “[g]overnment recognized schools will not only include government aided schools but also unaided schools which have been granted recognition”.  Seen from this perspective, grants or financial support will have to be extended by the government in supporting English as the MoI in Goa.

In discussing the first question on which the Supreme Court had deliberated, we had suggested that English as MoI in the Goan context should be understood as a demand stemming from a linguistic minority, because English as MoI was largely (though not only) a Catholic demand.  This demand was articulated largely by parents demanding English as MoI because the Konkani that is taught in primary schools in Goa is in the Antruzi dialect with Nagri script, which is not the Konkani used by this community. Unable to accept this alien ‘mother tongue’, the aggrieved parents prefer an education in English instead. To further dwell on the point, we would like to suggest that this notion is buttressed by the last point on which the Supreme Court ruled, wherein it asserted that the “State has no power under Article 350A of the Constitution to compel the linguistic minorities to choose their mother tongue only as a medium of instruction in primary schools” (emphasis added). The Court has clarified that the linguistic minority could well opt for a language which is not its “mother tongue” but a language of its choice. Thus, such an understanding opens up a space to accommodate the demands and aspirations of the masses for acquiring skills in various languages, so as not to be restricted to education in their own ‘mother tongue’. 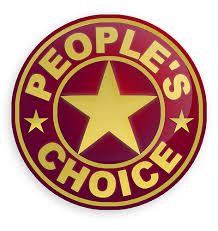 What, therefore, are the larger implications for those in Goa other than the obviously educational and pedagogical ones? First and foremost, it opens up the space to acknowledge and accommodate the multi-lingual reality of Goa. By using the Supreme Court’s understanding of the term “mother tongue”, governmental support for the Romi script can now legitimately be requested, as also its inclusion in primary and secondary school curricula. There is, in fact, a clear reference in the judgment to Article 350A of the Constitution, which provides that it shall be the endeavour of every state and of every local authority within the state to provide adequate facilities for instruction in the “mother tongue” at the primary stage of education to children belonging to linguistic minority groups. Therefore, the concept of aid by way of providing facilities, including financial support, to institutions seeking to impart education to a linguistic minority in a language and script of that linguistic minority’s choosing also comes into the picture. This would mean providing support for developing appropriate text books and educational material if these do not exist, as is the case in Goa, for those who desire instruction in Konkani in the Romi script.

Although the concept of “mother tongue” used by the Supreme Court is a poor tool to understand linguistic reality, it must also be suggested that considering the judgment in its entirety, the conceptualization of the Supreme Court is broad enough in scope. Additionally, another judgment discussed by the Supreme Court in deliberating on the abovementioned five questions refers to “mother tongue” both in terms of language and script, and expresses concern on the imposition of a particular language and script on a community. By extension, this can also include dialects.

This, we hope, will convince the powers-that-be that wisdom now lies in broadening our vision for education in the state, a vision that leans towards recognizing multi-lingual practices rather than being confined to a narrow understanding of ‘mother tongue’, along with a more egalitarian approach to education. Such an approach to education would stress that wholesome education rests on teaching methods that embrace the various languages, dialects, and scripts used by students and their families, instead of fetishizing a single language, be it English, Konkani, or Marathi.

Dale Luis Menezes has a masters in medieval history from Jawaharlal Nehru University, New Delhi; Albertina Almeida is a lawyer and human rights activist and holds a doctorate in law; R. Benedito Ferrão is a postdoctoral researcher at La Trobe University, Australia; Amita Kanekar is an architectural historian and novelist; and Jason Keith Fernandes is currently a postdoctoral Fellow of the New India Foundation and is writing a book titled Language and Politics in Postcolonial Goa.